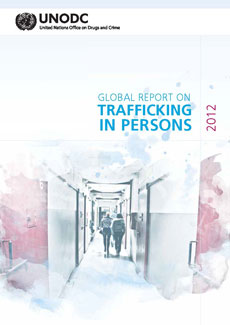 If your NGO is concerned with development, women, crime, drugs, corruption, human rights, victim’s rights, child’s rights to mention a few, your efforts to inform, connect and advocate will benefit from the data provided by the UN’s Global Report on Trafficking In Persons (TIP).

The 2012 Global Report on Trafficking in Persons was released in Vienna, 12 December 2012 by the UN Office on Drugs and Crime (UNODC)and revealed that 27 per cent of all victims of human trafficking officially detected globally between 2007 and 2010 are children. Those figures are up 7 per cent from the period 2003 to 2006.

It is available for download from from here:  2012 Global Report on Trafficking in Persons

The next report is due later this year and UNODC is responsible for releasing the report every two years.

“Human trafficking requires a forceful response founded on the assistance and protection for victims, rigorous enforcement by the criminal justice system, a sound migration policy and firm regulation of the labour markets,” said Yury Fedotov, Executive Director of UNODC of the findings.

Also worrying is the increase in the number of girl victims, who make up two thirds of all trafficked children.  Girls now constitute 15 to 20 per cent of the total number of all detected victims, including adults, whereas boys comprise about 10 per cent, says the Report, which is based on official data supplied by 132 countries.

The statistics show a cruelty that is hard for most of us to imagine. Victims are trafficked around the world for sexual exploitation, forced labour, begging, petty crimes, removal of organs and for other exploitative purposes. And in reality, it is difficult to estimate the real size of the problem.