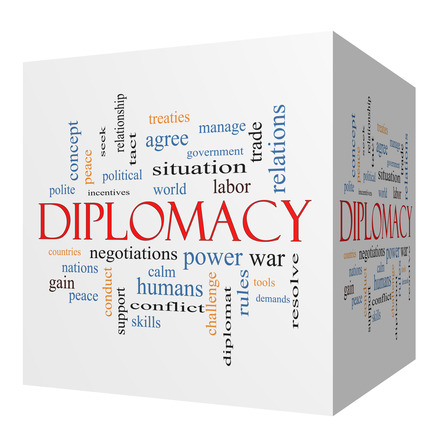 We hear more about “public diplomacy” with the democratization of information through new media and communication technology.

So what is it? The University of Southern California Center on Public Diplomacy keeps it concise as “the practice of global public engagement and cultural relations,” though it does have a more comprehensive explanation beginning with the 1960’s understanding of it as being unique to sovereign states and evolving to be something more broad and just as international relations are now blurred by non-state actors not only in security and criminal issues, there are today a range of non-state actors with some standing in world politics – supranational organizations, sub-national actors, non-governmental organizations, and (in the view of some) even private companies. These can and do communicate and engage meaningfully with foreign publics and thereby develop and promote public diplomacy policies and practices of their own.

One only has to walk the halls of the United Nations or consider the numbers of Member States and those of NGOs in consultative status with the Economic and Social Council and we can quickly see that public diplomacy has clearly evolved since the early days.

“The good NGOs can do a lot of good work in this [public diplomacy] arena without even trying and, in fact, many are already doing it: working in an area long term, keeping the expat staff small, encouraging expats to work themselves out of a job and replace them with locals whenever appropriate, making sure expat staff live on the local economy and not on the diplomatic economy, making sure expat staff speak the language…”

Public diplomacy, or NGO diplomacy does not displace traditional state-to-state diplomacy, but it does have an impact. It is, as Joseph Nye noted  back in 2004, a “soft power” that has a powerful place in shaping the attitudes world wide and is a means to success in world politics.

As USC’s CPD notes, “More than ever before, foreign ministries and diplomats will need to go beyond bilateral and multilateral diplomacy and to construct and conduct relations with new global actors.” Clearly, for international NGOs active in impacting global agendas and issues, they are engaged in public diplomacy.