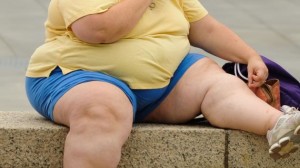 Published in The Lancet on May 29, the study, “Global, regional, and national prevalence of overweight and obesity in children and adults during 1980–2013: a systematic analysis for the Global Burden of Disease Study 2013,” was conducted by an international consortium of researchers led by the Institute for Health Metrics and Evaluation (IHME) at the University of Washington. Overweight is defined as having a Body Mass Index (BMI), or weight-to-height ratio, greater than or equal to 25 and lower than 30, while obesity is defined as having a BMI equal to or greater than 30.

The results are also available in an online tool at http://vizhub.healthdata.org/obesity.

As “Non Communicable Diseases” (NCDs) shadow the growth in obesity rates exacerbated by the bulge in the aging populations, nations are going to be faced with many more challenges and economic crises. While the storm is coming, the UN is endeavoring to pay this issue greater attention prior to its arrival. So in September 2011, the UN held a high-level meeting on NDCs and their control. This was only the second time in the history of the UN that the General Assembly meets on a health issue (the last issue was AIDS). But as we can see from this report from the University of Washington, our numbers are trending the wrong way.

Noncommunicable diseases – or NCDs – like heart attacks and strokes, cancers, diabetes and chronic respiratory disease account for over 63% of deaths in the world today. Every year, NCDs kill 9 million people under 60. The socio-economic impact is staggering. Global leaders will meet at the United Nations in New York from 19-20 September 2011 to set a new international agenda on NCDs.

… The aim is for countries to adopt a concise, action-oriented outcome document that will shape the global agendas for generations to come.

2. 80% of NCDs deaths occur in low- and middle-income countries.

3. More than 9 million of all deaths attributed to NCDs occur before the age of 60.

4. Around the world, NCDs affect women and men almost equally.

6. NCDs are not only a health problem but a development challenge as well.

Noncommunicable diseases force many people into, or entrench them in poverty due to catastrophic expenditures for treatment. They also have a large impact on undercutting productivity.

May 29, 2014 Report Released by the Institute for Health Metrics & Evaluation
http://goo.gl/xHdFtT